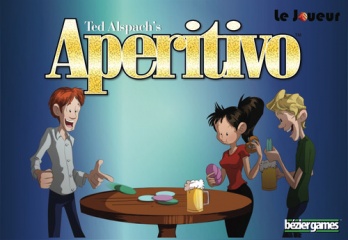 In Beer & Pretzels, players throw coasters onto a table. And then they get money. And then they throw more coasters. And then they get more money. This very complex and detailed process repeats until the end of the game at which point the player with the most money wins, just like in real life. At that point the winner will claim that Beer & Pretzels is the best game ever, and the non-winners (to be super politically correct) will claim that the game is fundamentally flawed, and most likely broken.

Just by coincidence, each coaster has an image of either pretzels or beer on it. Different pretzels have different values. Beer doubles your money. Players only score for items that are completely visible...items entirely or partially obscured by other coasters don’t count. There tends to be name calling, bragging, self-high-fiving and the occasional brawl during the game, all of which add to the rich atmosphere and theme.