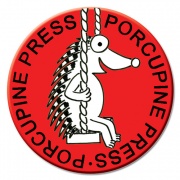 Its first release, Telltale, is a family storytelling game that was presented at the world-famous Hay Book Festival in 2012 and given as the prize to the winners of BBC Radio 2's "500 Words" short story competition.

Its second game, published in both English and German editions, is Trix, a quick-thinking word game to be launched at Spiel 2013 in Essen, Germany in October 2013.